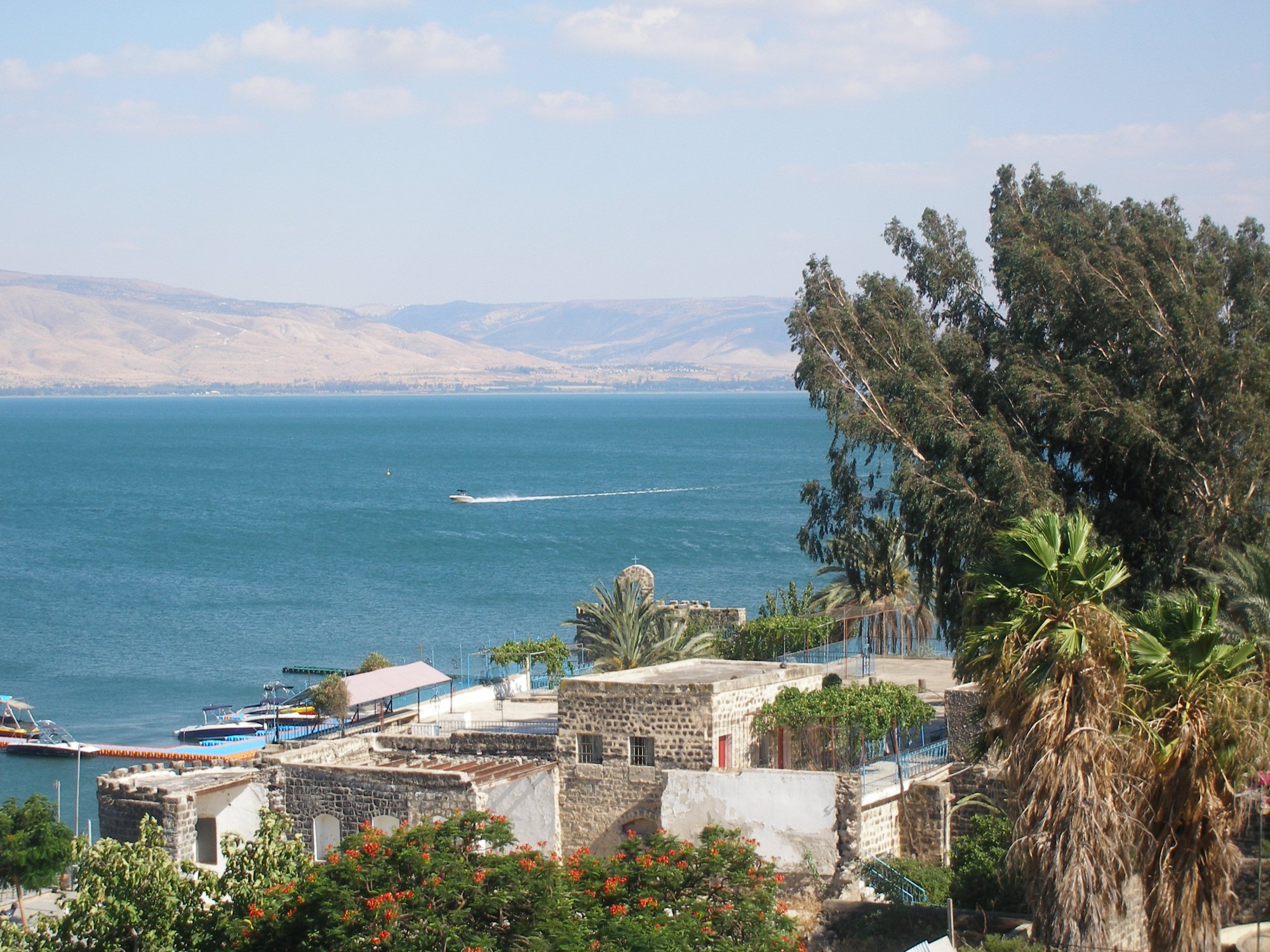 On that day, when evening had come, he said to them, “Let us go across to the other side.” And leaving the crowd, they took him with them in the boat, just as he was. And other boats were with him. And a great windstorm arose, and the waves were breaking into the boat, so that the boat was already filling. But he was in the stern, asleep on the cushion. And they woke him and said to him, “Teacher, do you not care that we are perishing?” And he awoke and rebuked the wind and said to the sea, “Peace! Be still!” And the wind ceased, and there was a great calm. He said to them, “Why are you so afraid? Have you still no faith?”

Many of these places I had never heard of before. Unfortunately, the recent events in Paris have brought them to the front of all our minds. People going about their normal business at the end of a busy week. Attending rock concerts. Having dinner with friends. Walking through the city unsuspecting as terrorists carried out their brutal and vicious attack. Watching the news as events unfolded that night, it’s hard not be impacted. Hard not to be shocked and disturbed by the evil that was committed.

It’s hard not to ask the question, where was God in all of this?

Our reading this morning takes place on the Sea of Galilee. Jesus has just finished a period of teaching when He decides to leave the crowd and, along with His disciples, go across to the other aside. There was a small of fleet of boats accompanying them. It’s as they’re making this journey that we’re told that a great windstorm arose.

This wouldn’t have just been a bit of rough water. The Sea of Galilee sits 696 feet, that’s 212m below sea level, resulting in violent downdrafts and sudden storms. It would have hit suddenly and it would have hit hard. Calms seas could be whipped up into ferocious waves by fierce winds within minutes.

It comes as absolutely no surprise then that the passage tells us that waves were breaking into the boat to the extent that it was quickly filling with water. This would have seemed like a hopeless situation. It would have been panic, chaos and terror aboard those boats. Men running about desperately trying to do what ever they could to try and keep their vessels afloat. The disciples would have been convinced that this was the end.

In the midst of this seen of devastation, the disciples come to find that Jesus is asleep! This would have seen absurd and shocking in this situation. How could someone sleep amidst this chaos? How could someone sleep knowing that they were likely about to die? It gives a glimpse into Jesus’s character and who He was. It shows us that He had no fear of the wind and the waves. He knew who He was and He knew that the storm was no threat to Him.

The disciples, do not have this confidence and they ask Him ‘Teacher, do you not care that we are perishing?’. We can look at this question from two angels. On one hand, it seems like a completely natural and plausible question to ask in this situation. They would have wondered why He wasn’t helping them in the midst of this desperate situation. But then, on the other hand, we remember that this man is Jesus. The disciples have spent time with Him, listened to His ground breaking teaching and have seen Him perform miracles of healing. What we see playing out here, is that their fear of perishing, is greater than their confidence in the presence of Jesus.

It’s at this point that Jesus gets up and we’re told that He actually rebukes the wind and says to the sea ‘Peace, be still’. And all of a sudden, the wind and the waves which only moments earlier were raging to a terrifying extent, stop and are replaced with what we are told is a great calm. What we witness here is Jesus displaying His divine power over the forces of nature.

He then turns to His disciples and rebukes them. He says ‘Why are you so afraid? Have you still no faith?’. Why did He say this? He said this because faith is the ultimate antidote to fear. He is expecting that as they put their faith in Him, they will cease to fear the threats of the world. This whole event, we’re told, caused them to ask themselves the question ‘Who then is this, that even the wind and the sea obey Him?’.

The questions for us to ask now are; what does this mean for me, right here, this morning? How is this relevant to my life?

Life is stormy. We never know what is ahead us. We have all experienced pain and fear and loss. We’ve all been in those situations where we wonder where Jesus is in the midst of it all. Through this passage, God is speaking directly into those situations today.

The disciples asked ‘who is this man?’. The quick answer, of course, well He was Jesus, the Son of God. But to get the full answer we need to rewind back to the very beginning and connect in with the overarching story of the whole bible. So here it is, in brief:

Since before the beginning of time itself, God knew each of us and He loved each of us more than we can ever comprehend and He has a plan for our lives.

But God in His love and in His great mercy put His rescue plan into effect. He sent Jesus, fully God and fully man, into the world to teach us, to guide us but ultimately to pay the price of our sin upon the cross. This allows anyone who places their faith in Him, to no longer suffer this separation from God and to live with Him daily in this world and, when the time comes, to look forward to a blessed eternity spent with Him.

We can sum it up in that great verse from John 3:16 ‘For God so loved the world, that He give his one and only son that whoever believes in Him shall never perish but have everlasting life.’

So now in our present troubles we can have the reliance that, even if Jesus doesn’t seem to be present, even if He seems to be sleeping, He is there with is. He is saying to us, even in the most horrific of situations, even where there seems to be no hope, place your trust in me. Shelter under faith, rather than fear.

But we also know, that the reality is that bad things still happen. Terrorists still struck Paris on the evening of Friday 13th November. People still get sick and die. Plans fall through. Work gets tough. The bills don’t balance. Families fall apart.

What Jesus is saying to us today is that in these situations we can have the assurance that if we know and believe who He is and place our trust in Him that we can have confidence that the final storm has been stilled. The storm of sin that leads to our separation from God in the here and now and in all eternity. The storm of sin and robs us of who we truly are. People who have been loved by God beyond anything that we can ever understand.

This is Jesus Christ, the son of God, who took away the sins of the world. What we need to do now, is fix out eyes on Him. Trust in Him, trust that He is who He said He was. We need to place our faith in Him, rather than in the things of the world. We need to commit our lives to Him. We need to trust that He has overcome the greatest storm, that He is with us in the present ones and that when the storms of this world finally cease, when the wind and waves still, we can step out of the boat onto the shores of eternity and into His great calm.